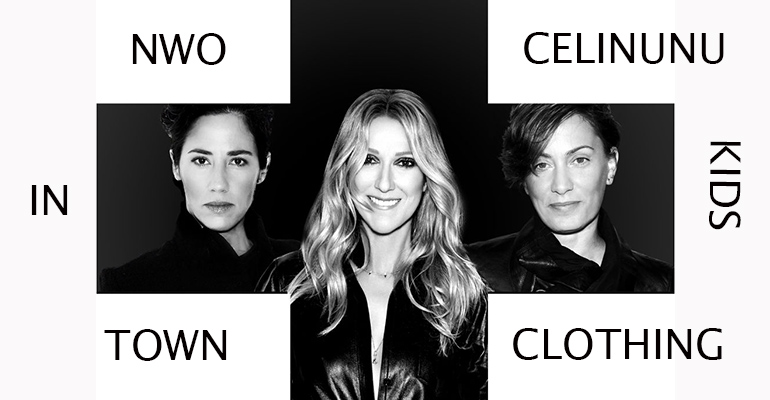 Celine Dion has recently opened a gender-neutral clothing brand for children and has starred in a disturbing NWO promo video where she’s ‘transforming children.”

A grotesque New World Order campaign flooded the mainstream media towards the end of 2018.

The month of November marked the beginning of multiple campaigns that revealed how the world will look like once the NWO comfortably sets in.

And I have to tell you, this was not some subtle thing, it was in everyone’s face, like they didn’t even care about the consequences of their bizarre compilation.

And what better way to spread their message worldwide than through influential artists?

For now, I will focus on one of them – Celine Dion.

It’s very likely that you’ve heard of her, and so does a hefty portion of the Western world.

I would never have expected fscar352 like this from an esteemed international artist of her calibre, especially considering her strict religious background.

But considering that so many artists have made it in the mainstream only after enrolling with the Luciferian cult, it’s no wonder that they are now doing their bidding.

Let’s get straight to the action. In November 2018, Celine Dion announced her brand for gender neutral children.

What’s that, you might ask? According to celinunu.com, this gender-neutral thing ‘liberates children from the traditional roles of boy/girl, and enables younger people to grow on values of equality with the freedom to strengthen their own power of personality based on mutual respect.”

In other words, gender-neutral kids are free to take on any gender they wish. They won’t be constrained by the traditional boy/girl status, and rather identify themselves however they please.

To better understand how unnatural and ungodly this move is, let’s have a look at the actual commercial.

Now, let’s read what Celine Dion says in the commercial:

‘Our children, they are not really our children (eerie children music playing), as we are all just links in a never-ending chain that is life(Celine caresses her black leather white cross handbag).

For us, they are everything. But in reality (grim-looking Celine), we are only a fraction of their universe. We miss the past. They? Dream of tomorrow.

We may thrust them forward into the future, but the course will always be theirs to choose (opens bag of black glitter and blows over them) (white crosses lit up, black crosses start to hover).”

There is no need to interpret what you’ve seen and/or read because it’s pretty clear what this is all about.

If you watch the commercial carefully, you’ll notice the kid garb has ‘new world order” slangs printed on them, as well as black skulls.

So, why would I dress my children this way? Do I really inspire them ‘to be free and find their own individuality” through this kind of clothing?

My answer is a vehement NO. You see, they even mention what they are trying to do through this controversial brand – FASHION HAS THE POWER TO SHAPE PEOPLE’S MINDS.

You see? The powers that are aware of this thing are using fashion as a tool for corrupting young minds through symbols and hidden meanings, exactly like predictive programming works.

At this point, some of you might be thinking that I’ve gone a bit out of my mind. And I don’t blame you.

This could all be just some eccentric art display. What does a prepper even know about fashion, right?

So, after closely analysing the video, and without going in too much detail about the words and symbols, I came across this.

Can these black shapeless creatures coming out of the cradles be explained through fashion?

I guess not. So, what is really the meaning of this? What is this bizarre display of black and malevolence? And most importantly, why is it targeting the unripe minds of babies and children?

As a guy who’s always on the fence when irrational stuff like this happens, I can firmly affirm that this is the hand of the Luciferians, the Illuminati, the New World Order, the powers that be or however you wish to call them.

Our current culture will change drastically in the following years as we shall be fully pervaded by the proponents of the New World.

The outcome doesn’t look so good, especially for the future generations.

You and many others might find what is happening now grotesque and disturbing, and might carry on the fight against them for a while.

But their plan is not to shape the minds of today’s generations, but those that come from now on.

It’s really hard to picture the impact of the NOW proponents on a larger scale, and it’s probably better this way.

You, as a conscient prepper, must fight for a brighter future by spreading awareness and by knitting a solid emergency plan for when things will become really messy.

Until then, you can only prepare. Try to make a habit out of it, and make every day count.