And so it begins. The first stone has been cast, the ball has started to roll. Since the mass shooting that took place in San Bernardino the no. 1 topic of discussion was “gun control”. And the message that came from the White House was: we need to restrict (take away most likely) citizen’s access to guns.

Following the lead of his Muslim master, Gov. Dannel P. Malloy of Connecticut announced on Thursday that he intends to sign an executive order barring people on federal terrorism watch lists from buying firearms in the state.

While the idea may seem like a good one, I mean who would want people that are suspected of terrorism affiliation to have legal access to weapons, in reality is just the first step in Obama’s master plan of disarming the honest, law abiding citizens of our beloved country.

The federal government’s terrorism watch list is a database maintained by the Terrorist Screening Center, an arm of the Federal Bureau of Investigation. It fuses information gathered from many sources — including law enforcement, military and intelligence agencies, as well as foreign governments — and is used for various purposes, including keeping certain people off planes or blocking certain noncitizens from entering the country. The no-fly list is a subset of the watch list.

Like all Americans, I have been horrified by the recent terrorist attacks in San Bernardino and Paris. This should be a wake-up call to all of us. This is a moment to seize in America, and today I’m here to say that we in Connecticut are seizing it,” the Connecticut Governor said.

He got one thing right: it’s time to wake up, but denying a constitutional right isn’t the way to go. As I said, it would make sense, if this government and its shadow agencies would have transparent, accurate, reliable vetting procedures put in place to ensure that only people that pose a real threat to our society are on the terrorism watch list. 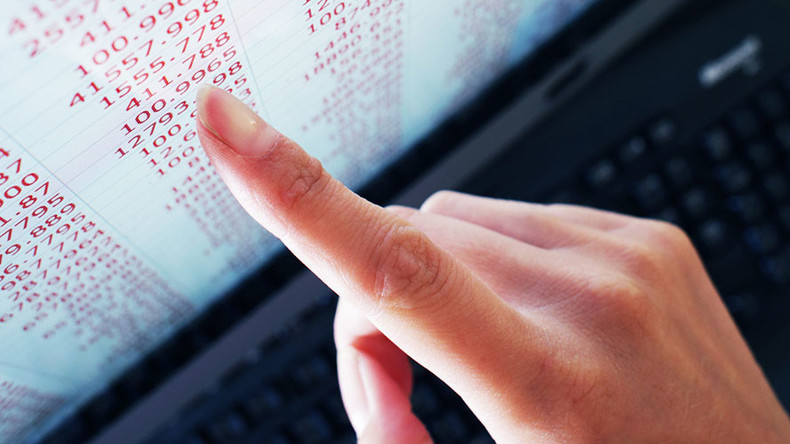 Even so, if we have people that are on that list and seem to be such menace to society, that Gov. Malloy feels the need to virtually delete the Second Amendment from the Constitution, why are they: 1. Allowed access into our country? and 2. Why aren’t they detained?

What most Americans fail to understand about what is currently unfolding before our very eyes is that anyone could find themselves on this list. Why? Just because. The government doesn’t really need much reason to put someone on these kind of a list. Like in the case of the no-fly list the criteria are kept secret. So it can be anything from a status on Facebook in which you insult our Muslim pseudo-PROTUS or your internet history which shows you spend a lot of time on gun & ammo sites.

The fact of the matter is that the two shooters in the San Bernardino massacre (Syed Rizwan Farook and his wife, Tashfeen Malik) weren’t on any F.B.I watch list or had any restrictions on buying the semiautomatic rifles used in the attacks.

What will transpire in Connecticut is just a test run. Gov. Malloy actions just pushed the snowball down the mountain and in the near future we’ll see more and more states (Democrat ruled) embrace this idea.

The Democrats are pushing in Congress for new gun regulations, but luckily for us, the Republicans are putting up a good fight. Unfortunately Obama has shown signs that he will circumventing Congress and imposing a number of new gun restrictions through executive action.

The problem is that most people buy into the propaganda and believe this to be a good thing as in their heads, this will cut down the mass shooting rate. Nothing could be further from the truth. It has been statistically demonstrated that if the general population has little to no access to guns, violent crime rate goes up. The reason is a no brainer: criminals, terrorists and anything in between don’t need to buy weapons legally, only average citizens do.

If you ask pro-gun ban people why they think taking away the public’s access to guns is a good idea, you hear about how we had this year alone 1 shooting/day. And they do have a point. The rate of mass-shootings in 2015 was off the charts … but don’t you find this a little odd? And don’t you find it a little bit peculiar that the San Bernardino shooting was carried out by two Muslims, in a period in which Obama was already pushing for a strict gun control in our country?

I mean ok, some shootings were carried out by disturbed individuals, but has our society hit such a low level that a day can’t go by without a shooting? I can’t shake the feeling that some of these were actually staged, we’re purposely engineered from the shadows by individuals that have an interest in seeing this glorious country brought to its knees and its citizens enslaved. 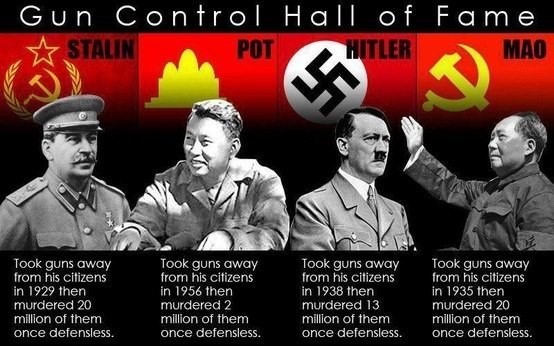 The Second Amendment is in reality the only thing that is preventing Obama from transforming America into a caliphate. Think about it, even if he enacts martial law, since people already have guns and none of them are willing to become slaves in Obama’s kingdom, there’s going to be a lot of opposition and a lot of bloodshed.

So why not create an environment, where due to the fact that normal citizens have access to guns, there are a lot of mass-shootings and a great loss of live because of this. This provides Obama with the perfect excuse of decreeing that average, hardworking patriots are no longer allowed to buy or own guns of any kind.

Now think about the following line of thought: Obama bans guns – most gun owners refuse to give up their constitutional right – this gives Obama the next excuse he’s looking for: civil unrest – he imposes martial law – America becomes his playground.

The first step in enslaving and dominating a country is to disarm the population. It’s what Hitler did, is what Stalin did and what Obama intends to do. Unarmed people cannot defend and protect themselves.

Do you think Obama will repeal the Second Amendment? Share your thoughts in the comments section below. 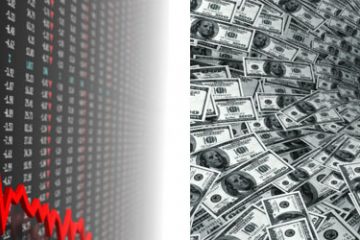