The DARK Truth About 5G Internet 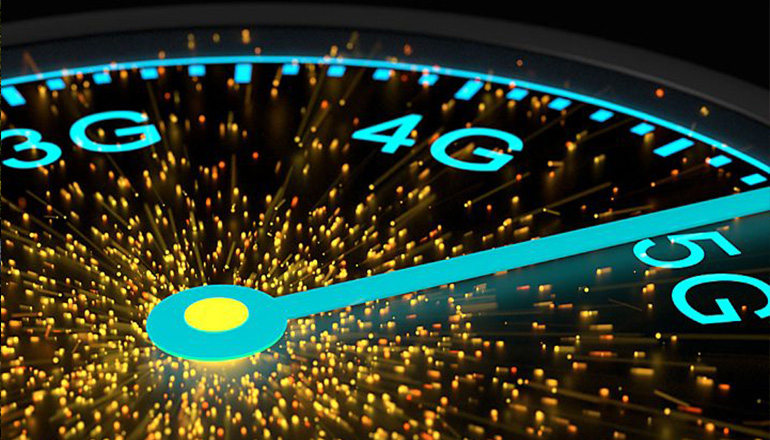 If you’re worried about the dangers of technology, then you’re not alone…

Technology and the Internet bring a lot of captivating aspects: worldwide communication, infinite sources of knowledge and every item we could possibly want at our fingertips.

The problem is that we don’t bother to read the fine print. And the running joke that we’re selling our souls by not reading the Terms & Conditions has sadly become reality…

And as we mindlessly rejoice in these “miraculous” advantages, the people that control technology are getting closer and closer to controlling all of us like puppets.

I understand if you’re not convinced yet – but I assure you that when I lift the veil off the elite’s big plans, you’ll understand how innovation in technology is just a front for something evil…

This is a topic that I could write a book about, but today I want to focus on the immediate threat we’re facing with the new generation of Internet infrastructure that the telecom industry is sending our way.

You might have heard a few debates on the introduction of 5G Internet – and while there’s only one reason we should have it, there are several reasons why we’re better off without it.

The first reason, and maybe the only one we need, is that 5G Internet is carcinogenic. And you don’t have to believe me… Trust two knowledgeable researchers in oncology from Sweden, who had this to say:

“The nine Bradford Hill viewpoints on association or causation regarding RF radiation and glioma (tumor in the brain or spine) risk seem to be fulfilled in this review. Based on that we conclude that glioma is caused by RF radiation.”

If you’re not sure what RF radiation is – it’s basically another name for radio waves. Here’s FDA’s official definition:

The sources of RF radiation are all around us: radios, TVs, mobile phones, wireless networks, microwaves, radars, industrial heaters and even satellites.

So, yes – we’ve been exposed to radiation for a while. But there’s a major difference between the existing radiation and what will come after an avalanche of 5G towers covers our country…

The fifth generation of mobile Internet will use ultra-high frequency and ultra-high intensity. What does this mean?

Ultra-high intensity – Because 5G uses shorter length millimeter waves (MMV), it needs to send way more waves in order for you to have reception. That means the intensity of the RF radiation will be unlike anything humanity has experienced before.

Furthermore, because the fifth generation uses MMV, it is estimated that we will have one cell tower at every 2-8 houses. These will be smaller in size and will easily fit on roofs or street light poles.

If this plan of building so many cell towers doesn’t change, health experts believe we will be no different than guinea pigs. The problem is so serious that many scientists have signed an appeal against 5G Internet that reads:

“To the UN, WHO, EU, Council of Europe

and governments of all nations

We the undersigned scientists, doctors, environmental organizations and citizens from (__) countries, urgently call for a halt to the deployment of the 5G (fifth generation) wireless network, including 5G from space satellites. 5G will massively increase exposure to radio frequency (RF) radiation on top of the 2G, 3G and 4G networks for telecommunications already in place. RF radiation has been proven harmful for humans and the environment. The deployment of 5G constitutes an experiment on humanity and the environment that is defined as a crime under international law.”

The document also states that 5G radiation should be classified as a “Group 1 carcinogen” alongside tobacco smoke. This information shocked me – not only because the effects are harsher than I thought, but also because I instantly saw a similarity between Big Telecom and Big Tobacco.

The connection I saw was in their PR strategy – just like Big Tobacco swept the health risks of their products under the rug nearly 70 years ago, Big Telecom is doing the same thing today with RF radiation.

They have intricate crisis strategies that help them deflect from the real danger that their products have for our health.

The grim reality is that in our society, profits are more important than people.

And the health threat is not the only terrifying aspect of 5G Internet… There are a few more things that I want to share with you in Part 2 of this article. There’s a major cover-up, folks! So be sure to check the blog in the next few days…

Whether we like it or not, it’s unlikely that Big Telecom will stop the rollout of 5G Internet. That’s why I’ve already made preparations to at least protect my health in my own house with a radiation blocking device. I highly recommend you protect your house as well.

Sadly, there are even more worrisome effects that the fifth generation of Internet will have for our world…

I’ve been tirelessly researching this new technology – and as it turns out, there are thousands of people concerned about this topic. Even government agencies are speaking out against the popularization of 5G…

Not only is there an appeal against 5G signed by dozens of respected scientists and researchers – even parts of the government are expressing their concerns.

This is definitely a red flag – and Telecom companies are trying their hardest to cover up the dangers 5G Internet will have for our society.

One major conflict I want to talk to you about has been going on for months. The National Oceanic and Atmospheric Administration (NOAA) has declared that 5G Internet will severely affect weather forecasting.

So much so that the NOAA’s acting chief, Neil Jacobs, affirmed that the accuracy of forecasts will be set back 40 years. According to him, the interference of 5G radiation will reduce the precision of predicting major calamities by 30%.

“If you look back in time to see when our forecast scale was roughly 30 percent less than today, it was 1980.”

It means that the NOAA won’t be able to predict hurricanes as early – and their trajectory will be harder to pinpoint. People will have one to three days less time to prepare for evacuation… And some might not even know beforehand that a hurricane will hit their area.

Allegedly, the FCC (Federal Communications Commission) is working on modifying the frequency at which 5G is currently supposed to use – which at the moment is 24 gigahertz.

And on top of that, let’s not forget what I told you in the last email about 5G – the higher the frequency that the Internet uses, the bigger the health risks for the Earth’s population.

Whichever way you look at it, it’s a lose-lose situation. By now, you’d think there would be major governmental research on this subject.

But I’m sorry to say that we’re on our own. The government is most definitely on board with this whole situation. Because they also have something to win if 5G Internet becomes mainstream…

Complete control over the world’s population.

I might sound like a conspiracy nut to you… But trust me, I’m not. I’m just willing to look behind the curtains – even if what I see scares me.

This isn’t a dystopian future – this is our present day. We can’t even call it a conspiracy because China already has a surveillance system in place that controls their population.

They have access to everyone’s personal data and have created a social credit score for each person based on their expenses and their way of living. Their algorithms then decide who is worthy of traveling, buying a house or even sending their kids to a good school.

And guess what? Every government out there dreams of having the same amount of control over their citizens as well. Especially the United States…

They want to feed their algorithms with our purchases in order to develop patterns, know our habits and create social credit scores similar to China’s. These algorithms will know us better than we know ourselves.

The major obstacle they’re facing is that we still have physical money which can’t be tracked. And the government wants it gone.

Are you wondering how they’ll achieve that seemingly impossible task?

You see, 5G Internet was all the rage at this meeting. And in one of the conferences about the “miraculous” perks that the fifth generation of Internet will bring – a few banksters had a presentation.

They had developed a new technology that entails getting a chip in your hand to pay – instead of using your credit or debit card. The speakers even brought a volunteer that already had a chip in his hand and he made a transaction live on stage.

The future is here my friends – and I think you’ll agree with me when I say it’s not friendly. This type of technology is very dangerous, and it’s exactly what governments need to keep tabs on each and every one of us.

Governments will soon enough force us to get this chip – and ban physical currency from being used.

What do you think about it? I believe there is plenty of evidence that shows that the fifth generation of Internet is the missing piece Big Brother needed to control our every move…

It seems that disaster will come sooner than we thought – whether it’s by a major calamity that couldn’t be predicted, or by mass control from the government. And it’s all because our world is too engulfed in the mirage of technology. 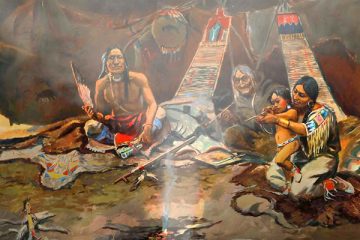 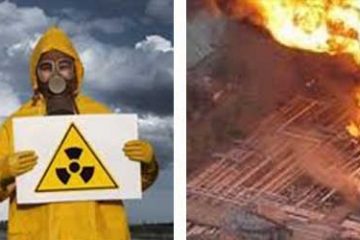