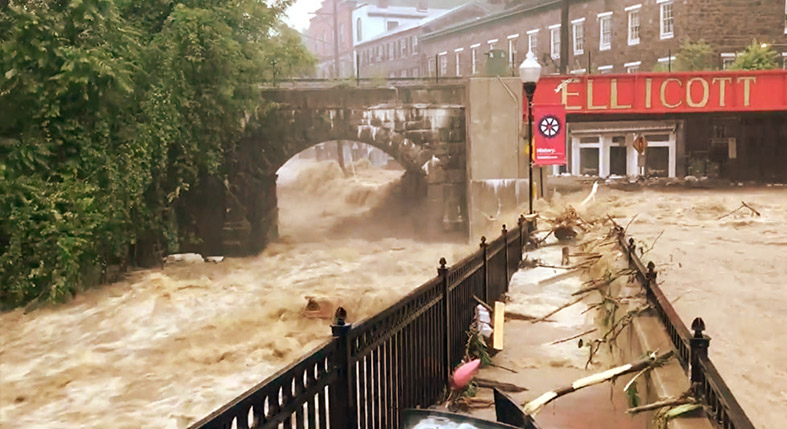 Flash floods are an imminent threat to whoever or whatever stands in their way.

They threaten both people’s lives and their hard earned savings. Even more, they are rushing down faster and stronger year after year.

Proof that flash floods are intensifying periodically is the Sunday disaster in Howard County, where the governor instituted a state of emergency after a major flash flood had swept everything in its way. The disaster had hit nearly two years after similar flooding of the area.

This time, however, the Patapsco River swirling above Ellicott City rose 17.8 feet in only a couple of hours, exceeding 24.13 feet on Sunday afternoon, a debit half-foot greater than the flash flood in 2016. 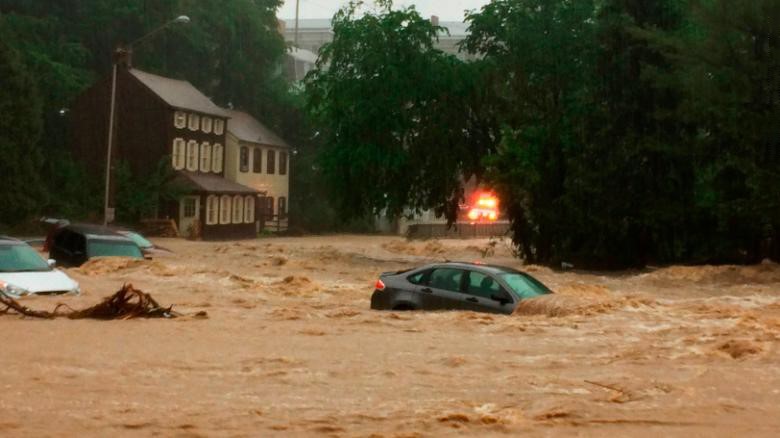 Ellicott City is located 12 miles west of Baltimore, on the Patapsco River valley, a considerable water mass leading all the way to Chesapeake Bay. Although the area is susceptible to flooding, the floodgates appear to unleash more powerful torrents as time goes by.

I have already told you that extreme events replacing all previous records will follow in the years to come, and proof of this claim is starting to emerge.

You’ve seen just how powerful the Patapsco River broke. The historic Main Street of Ellicott City was swallowed by the ravaging torrents which swept all vehicles in its path and torn down some of the buildings where the waters had reached above the first floor.

Local business owners who had barely recovered from the last devastating events saw themselves forced to rebuild their shops yet again. 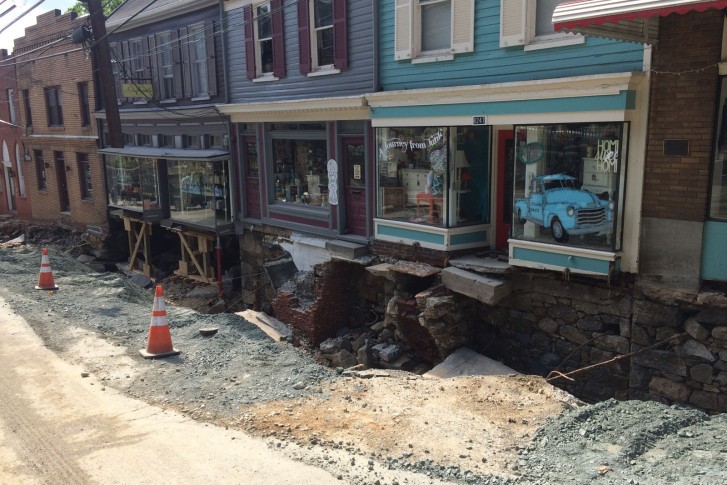 To understand how hard flash floods might hit areas prone to flooding this year, I have compiled a list of videos with devastating scenes from the Ellicott City flooding.

The material is meant to raise awareness and inspire you to take action against the impending forces of nature.

If you are choosing a spot to build your family home, be really cautious with the area you pick. If you are gathering know-how related to such crisis scenarios, I believe the following material will be useful to you.

In these two videos you’ll see how the aftermath of the flooding looks like, and why these torrents are not to be messed with. Don’t hesitate to grab anything besides your loved ones when tragedy hits.

If a flash floods occurs, salvation can become obsolete.

An in case you’ve missed the turmoil on Ellicott’s main street, take a brief look at the violent deluge.

You’ll have to be an escape artist to survive a flash flood. In most cases I advise you to avoid these catastrophes by checking the weather forecast of the region you’re traveling to, or by foreseeing the event based on the route you’re traveling.

If you are caught by a violent water torrent inside your vehicle, your chances of surviving are really slim.

I won’t insist on how you can avoid or what you should do when a flash flood hits because I have already provided extensive information on that.

If you are unaware of how to react, follow this link and read the tips.

You’ll also see a few lucky escape artists who managed to avoid the rapid waters by a thin hair.

Even if your area is not prone to flooding, please remember that preparedness is key. Therefore, acquire at least the basic information so that you won’t be caught off guard when disaster hits.

Always walk one step ahead of danger. You can achieve this by adopting a cautious mindset. 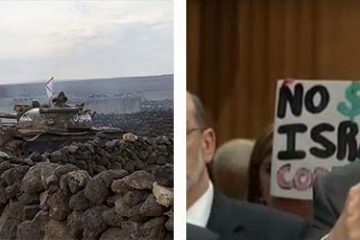