On 22 June 2016 John Ashe, a former United Nations diplomat from Antigua, died at his Dobbs Ferry home in New York.

According to various accounts, John Ashe was supposed to be interviewed about Hillary Clinton and Chinese billionaire Ng and suspiciously died a few days before he was set to stand trial on corruption charges.

FBI agents who were designated to deliver Ashe before a Grand Jury found his body.

The Bush Crime Family has rushed to the side of Hillary Clinton after his dying.

In a report, SVR intelligence analysts said it is impossible to determine  the cause of death before an autopsy is being performed and medical tests conducted.

The autopsy report will take approximately 16 weeks to complete.

The day after the Ashe’s death struck the U.S. news, a conspiracy site claimed that he conveniently died before testifying against Hillary Clinton. 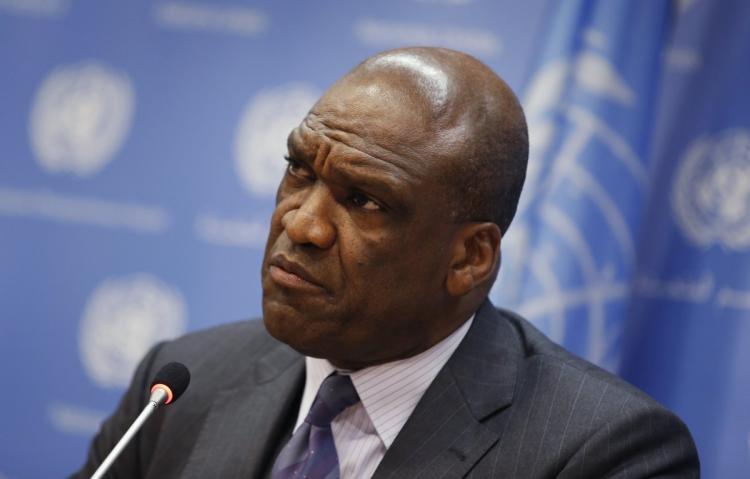 Sorcha Faal is the alleged author of the resembled story to support its claim.

CNN’s report that Ashe was scheduled to attend some regular pre-trial meetings in the following days.

The U.S. District Attorney’s spokesman declared that no portion of Ashe’s court case pertained to Hillary Clinton. He said that Ashe was not set to testify against Clinton before he died, neither was he slated to do it during the trial.

It’s true that John Ashe died unexpectedly in the middle of a corruption case, and that an alleged former Clinton donor was involved.

The U.S. government believes Ashe has been complicit in accepting and facilitating over $1.3 million in bribes from the business magnate Ng Lap Seng, a Chinese billionaire and a primary Clinton Foundation donor.

The United States federal authorities accused Ashe last year of turning his high UN position into a “platform for profit” along with the ambassador of the UN for the Dominican Republic. The ambassador, Francis Lorenzo was accused of helping Ng pay bribes to Ashe and others political figures in the Caribbean.

The event happens two months after McClatchy, one of more than 100 journalism outlets, reveals that a huge number of Clinton donors and associates used Panamanian law firm, Mossack Fonseca.

Ng Lan Seng is incarcerated in the U.S. on charges of bribery in the John Ashe case.

The certain thing is that Ashe was set to testify in the trial and he suddenly died.  Was it that he knew too much information and he had to die for it?

Was a convenient timing that Ashe suddenly died of asphyxiation from a barbell? Are you suspicious of whether or not his death is, in fact, an accident or a murder conducted on behalf of associated parties? Share your thoughts in the comments section below.