North America under attack by radiation from Fukushima

According to the National Conference on Radiation Control, the U.S. has been experiencing a huge spike in radiation from Fukushima.

Ever since the disaster in 2011, when a tsunami caused a major meltdown of several nuclear cores, radiation levels have been growing at a steady pace. What resulted was a large leak of radiation and radioactive particles into the Pacific Ocean. Data analysis from air samples taken seven weeks after the disaster shows that alpha particle activity was 790 times above the normal level.

Recent readings and measurements suggest that current levels are about 1,000 times above the normal amount of alpha particles by federal regulatory standards. There have been 110 sites off the American Pacific Coast known to have been contaminated by radiation leaks.

It’s simple to stay protected from alpha particles, as even normal clothing can stop them from reaching the body. However, they become very dangerous should they be ingested or inhaled. Exposure to very small doses doesn’t necessarily have an effect. However there have been many cases of people suffering from nausea, vomiting, headaches and fatigue after a longer exposure. Ingesting or inhaling alpha particles raises the risk of developing cancerous cells. There have been many cases of lung cancer linked to radioactive pollution. The Fukushima power plant was disabled and its reactors damaged after a 50 foot tsunami hit Japan in March 2011. All three cores melted within three days from the tsunami. High levels of radioactive release soon followed, while four reactors were completely written off from the damage. The event was rated level 7 as a major accident on the INES scale, receiving the highest possible rating. Stabilizing the remaining reactors with water took around two weeks. The plant officially went into a “cold shutdown condition” in December 2011.

The North Pacific Gyre is the largest ecosystem on Earth and covers most of the northern Pacific Ocean. It is comprised of four currents. Starting south east of the Chinese sea, the Kuroshio current sweeps the Japanese coast. The gyre continues towards the Alaskan coast as the North Pacific current. It then goes down the western coast of the U.S. as the California current. Finally upon reaching Mexico it joins the Equatorial Countercurrent to form the North Equatorial current. The United States nuclear Regulatory Commission states that alpha and beta particles can’t travel too far. Especially in comparison to gamma rays, x-rays and neutrons which are also difficult to block. The distance that radiation can travel depends entirely upon its type and ability to penetrate other materials.

The fact that radiation from Fukushima contaminated Japan’s coastal waters is extremely important and worrying for the western coast of the U.S.. Scientist in collaboration with government officials should monitor the spread of nuclear particles as it relates to a large variety of health problems that develop over time.

However, the situation is far from under control as we are only starting to comprehend its magnitude and implications. Radiation levels along the western coast are expected to rise, while the people there wait for an official solution to the issue.

Considering what is known about nuclear particles and how they are very difficult to be contained, it might not come as a surprise to see millions of people starting to move in the following period. The government will probably not address the issue officially.

This way they avoid a large scale public uprising, population migration or other similar situations which are very difficult to contain and manage properly. Even without an official warning, the information will still get out through the internet and word of mouth.

People have the right to know if they are at risk so they can prepare accordingly and take the recommended safety precautions.

Do you know how to protect yourself from radioactive particles? Share your thoughts in the comment section below. 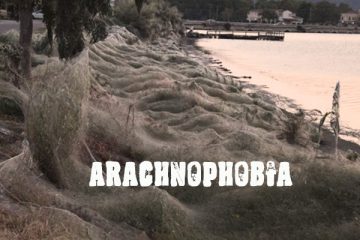