Russia’s Vital Role To Syrian Truce, But The U.S. Has Plan B

Lately, the U.S. has been discussing Plan B options if the Syrian ceasefire and political transition fail.

This is what Secretary of State John Kerry told a Senate committee, whilst praising Moscow’s highly important role in brokering the agreement between the U.S. and Russia.

There is a significant discussion taking place now about a Plan B in the event that we do not succeed at the negotiating table,” Kerry said while giving testimony before the Senate Foreign Relations Committee

The Secretary was challenged by senators on the prospects of the ceasefire that is scheduled to come into effect across Syria. The cessation of hostilities includes all „parties to the Syrian conflict that have indicated their commitment.”

Those who agree to the conditions must abstain from attacking any of the other sides in conflict with weapons, including rockets, mortars and anti-tank guided missiles, according to the plan.

The Islamic State and Al-Nusra are not part of the truth, as well as any other groups regarded as such by the UN Security Council. 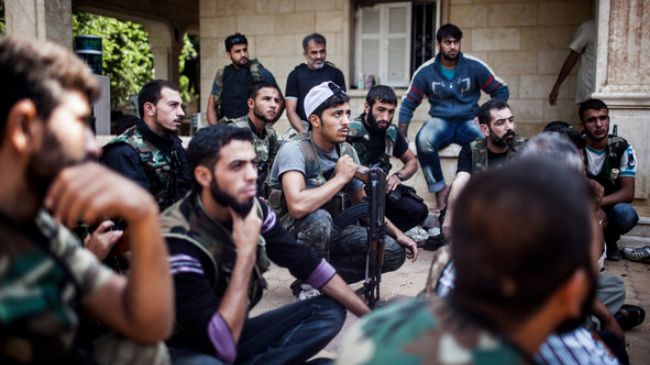 I am not going to vouch for this. I am not going to say that this process is sure to work, because I do not know. But I know that this is the best way to try to end the war and this is the only alternative available to us if indeed we are going to have a political settlement,” Kerry said of the US-Russia brokered deal, stressing that it could be “too late to keep as a whole Syria if we wait much longer.”

Kerry also warned that the situation in Syria “could get a lot uglier” if the fighting continues.

With all the cynicism and all the doubts that each of us will carry to the table, we have to test it,” he told New Hampshire Senator Jeanne Shaheen

Senators are doubtful regarding Russia’s commitment to the deal, with both Democrats and Republicans putting pressure on Moscow’s support for Syrian President Bashar Assad and accusing the Russian government of having violated agreements in the past.

To me the only thing Russia has been consistent about is failing to keep its word,” said the committee’s chairman, Senator John Barrasso

Even though they disagreed with the U.S. on several issues, Russia played a key role in reaching the Syrian ceasefire agreement, Kerry stressed.

Without Russia’s cooperation I’m not sure we would have been able to have achieved the agreement we have now or at least get the humanitarian assistance in,” Kerry said

In the last days, Russia has sent its special envoy in the Syria issue to Syria to talk to the Assad regime and make sure that they are in agreement to move forward in a democratic process as well as to honor the humanitarian requirements.”

The Secretary also spoke of Russia’s broad cooperation in Vienna’s meetings on Syria, which  “could not have happened without Russia’s input,” as well as Moscow’s teamwork in reaching Iran’s nuclear deal.

When Kerry was pressed to name what possible consequences he would support for Russia if it violates the agreement, he responded:

This is a moment to try to see whether or not we can make this work. Not to find ways to preordain its failure and start talking about all the downsides of what we might do afterward,” he added

Kerry said that it only be a matter of a few months before the U.S. sees if countries in the region are serious about a political transition in Syria and whether or not the Syrian government is committed.

The proof will be in the actions that come in the next days,”  “We’re going to know in a month or two whether or not this transition process is really serious… [Syrian President Bashar] Assad himself is going to have to make some real decisions about the formation of a transitional governance process that’s real. If there isn’t… there are certainly Plan B options being considered.” Kerry told the committee

Even if he mentioned „Plan B” twice, Kerry didn’t specify what options Washington might be considering.

President Assad has called parliamentary elections for 13th of April, almost four years after the previous vote in 2012. His announcement came on the heels of a joint statement made by Vladimir Putin and Barack Obama after reaching the Syrian ceasefire deal.

What do you think about U.S.’ „Plan B”? Share your thoughts in the comments section below.