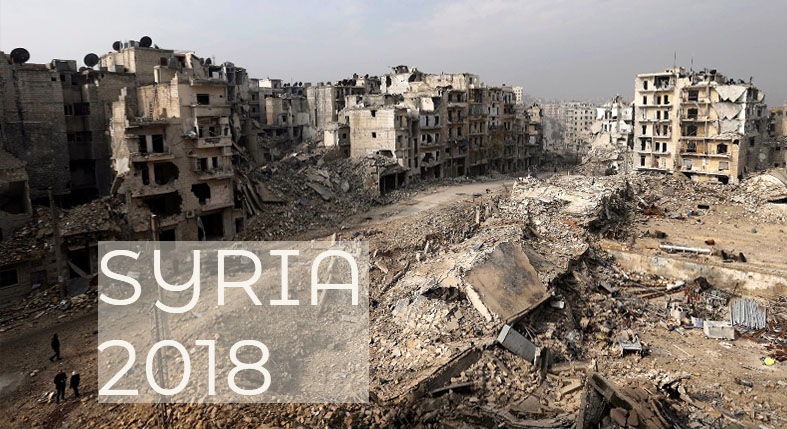 If you believe we’re on the brink of another WW erupting due to the recent missile strikes in Syria…Well, that’s just not possible. Here are some of the reasons why I believe this.

In the early hours on 14 April 2018, several alleged facilities and warehouses belonging to the Syrian regime were bombed to draw a warning signal for atrocities committed last year involving a banned nerve agent known as Sarin.

The ordeal occurred on the 4th of April 2017 on the city of Khan Shaykhun, north-west of the Syrian capital Aleppo.

The chemical attack claimed over 80 lives of innocent civilians, predominantly children, although other sources reported a different number of casualties.

The event came days before declarations of victory over the ISIL terror group that has plagued the area for years.

U.S. troops were about to leave the conflict area due to the rebel terror squad, including ISIS, being severely crippled by Assad’s militants and their allies.

The dawn of war and instauration of peace across the war-torn region of Syria seemed at hand.

With Russia being the primary ally of Bashar al-Assad, they would have gained the most influence over the upcoming government of Syria.

The chemical attack came just days after the bloodbath seemed over. Assad was blamed for the attack by most Western media outlets, although no detailed inquiry was performed at the site by the Independent International Commission of Inquiry – a Human Rights Council subsidiary responsible for investigating war crimes in Syria.

The UK and France quickly joined sides with the U.S. to drastically critique the “dictator Assad” and warn of dire consequences.

The other camp comprised of Russia, Iran, and later China, pushed back the accusations claiming the attack was staged.

With solid evidence on both sides of the fence, the conflict once again escalated, this time on a diplomatic level.

No official report of the ordeal being linked to Syrian ruler Bashar al-Assad were forwarded.

Furthermore, the airstrike this Saturday, which saw over 100 missiles dropped over alleged chemical weapons facilities arrived the same day the IICI was due to arrive to confirm (or infirm) the accusations.

As an American citizen, my blood boils when I hear of such atrocities and instinctually demand action over the oppressors and children killers.

However, equity was not on our side this time, as the attacks were rushed, and were also prior to an official investigation that was supposed to reveal the true wrongdoer.

So why would President Trump act so hasty if he had the truth by his side? Why is it that he acted one year after the event when the world was on the brink of finding the truth about the chemical attack?

And most importantly, why would he risk staining the nation’s image to a point where WW3 would hang by a thin hair? Or at least fuel such concerns?

First and foremost – there’s a war going on already. WW3 began a long while ago, but it’s not fought with violence like previous wars. It’s a war on economy. Big corporations owned by the elite have subjugated governments to a point where they have enslaved their own citizens.

Some of you are already aware of this, as they are doing it in plain sight. With the western countries stuffed with products and services of big corporations, their system of control is running well.

They are creating a war cult to have reason to deliver more weapons. These weapons are then used to wage war on poor states like those found in the Middle East and Africa.

There is no war coming to western countries anytime soon.

President Trump said the airstrike was based on solid evidence provided by Western news outlets. There was no official investigation whatsoever, nor the patience to wait a few more weeks for one.

President Assad fought against the terror squads known as Islamic State. He overcame the enemy, yet he savagely murdered innocent civilians with a banned chemical to celebrate victory? This is just nuts in my view, and probably yours also.

Ex U.S. Congressman Ron Paul shares the same views, claiming that “An incident will occur and somebody will get blamed and it’s usually a false flag. Right now, recently, it’s all been in Syria, ‘Assad did it! Assad did it! No proof at all,” the former congressman explained. “The way the people that perpetuate these false flags say that Assad is gassing his own people. At the same time, he’s winning the war and the people are flocking back in to go to the territories that he has returned to the government of Syria. But, nevertheless, he’s out there gassing his own people, which makes no sense whatsoever and fewer and fewer people are believing this,” he concluded.

No gas leakage was confirmed from any of the facilities targeted during the attack. Even more, the 2017 chemical attack saw rescuers entering the area without ANY protective gear.

If news outlets reported that those people had died out of imprudence, the internet has plenty of pictures with the same unequipped rescuers coming out alive from the mess.

President Trump has taken a firm position towards this issue due to the ongoing investigation of Russian intrusion into the presidential elections.

Both parties have something to benefit from this tragic outcome: The U.S. and its allies have free hand to wage war in the area and profit massively from the conflict.

Russia, on the other hand, can increase the war arsenal delivered to Syria and other allies, so both parties benefit from this.

Trump will win the admiration of American citizens for intervening and maintaining an iron fist when it comes to Russia, although the two nations may have hidden collaborative ties.

False flag or not, there’s no reason to believe that another WW will ignite out of this.

As bad as the situation may look, including future disturbances, remember that it is all staged on the greatest scale possible. There are no winners and losers except the 3rd world countries that are not allowed to progress due to selfish interests.

So you might ask: What’s the reason to prepare if there’s no war coming anytime in the future?

And I tell you: prepping for war shouldn’t be our biggest concern, but rather climate change with all the extreme phenomenon that it will unleash. Each year will be more dramatic. Natural calamities will claim more lives than all wars combined.

Hopefully a calamity on a global scale will unite us all and push us towards saving what is left of this beautiful planet we call our home.

I know I’ve covered more topics than what the title suggests. It was all meant to make a general point: global war is being fought for decades now; regional wars are also being fought, but in poor countries; there’s no need to fear WW3; climate change will be our biggest challenge in the years to come.

I’m eagerly looking to your feedback on this. Feel free to ask for more info on everything that seems unclear or incomplete. I’ll make sure to provide a clearer picture. 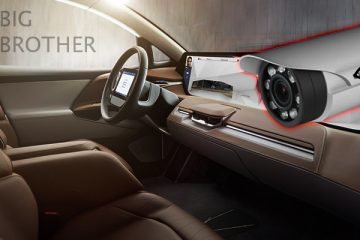