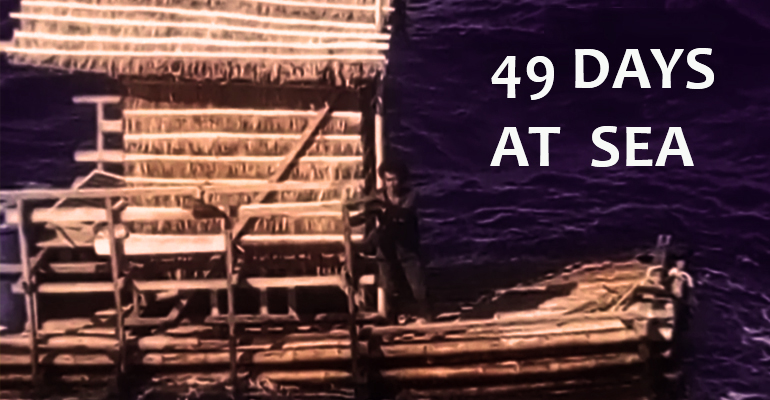 Adrift for 49 days in the Pacific Ocean.

That’s how long a 19-year old boy had to endure before being rescued by a passing ship.

The unexpected gruesome experience began on July 14, when a violent storm unshackled the rope anchoring the small fishing vessel the teenager was aboard.

The current carried the boy away for thousands of miles away from the coast of Manado, northeast Indonesia, where he was docked.

He was sent adrift into the Pacific until August 31 when a ship traveling to Japan found him off Guam waters. 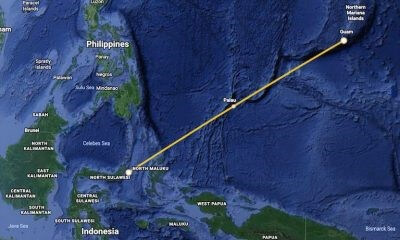 Aldi Novel Adilang was employed on a rompong – a tiny floating vessel with a wooden hut designed to attract banks of fish.

His job for six months was to light lamps up during the night so that fish would swim into the nearby fishing nets.

The owner would collect the fish load weekly, and would then refill the food, water and fuel supplies to last the boy another week.

The tiny vessel was equipped with basic surviving gear: a gas stove, electric generator, and tools for cooking.

When the storm broke, Adilang had provisions to last him a week. 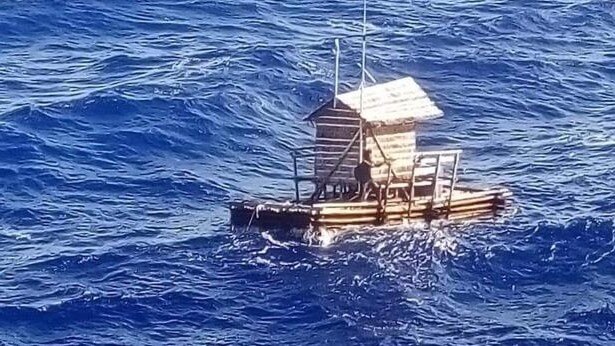 Close to a dozen ships had gone by without noticing him, although he desperately flung his clothes and sent distress light signals using the lamps.

“Every time he saw a large ship, he said he was hopeful, but more than 10 ships had sailed past him, none of them stopped or saw Aldi,” Fajar Firdaus, an Indonesian diplomat in Osaka told the Jakarta Post.

After Adilang ran out of supplies, he had to consider other options to survive, so he improvised the best he could.

To not die of thirst, the teenager soaked his clothes in water and patiently sipped the partially salty drops that leaked off the clothes.

He regularly caught fish using the equipment on board and cooked the catch on the stove until it ran out of gas.

From that point onward he began disassembling the small hut and made fire on deck.

“After he ran out of cooking gas, he burned the rompong’s wooden fences to make a fire for cooking,” Mirza Nurhidayat, a second Indonesian consular told the Jakarta Post.

“He drank by sipping water from his clothes.”

Besides dying of thirst or some other sea-born diseases, the boy also had to endure the threat from predatory sharks which, at some point, circled his vessel.

During this time, the teenager kept and fortified his faith in God by constantly reading from the Bible that was present in his shack.

The entire trip carried Adilang for more than 1,600 miles from Indonesia to the U.S.-governed island of Guam.

There he was intercepted by a passing Panama bulk freighter heading to Japan. 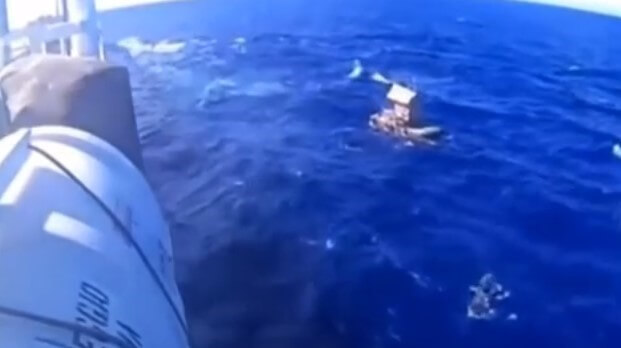 He then received immediate medical intervention.

The ship’s crew alerted authorities who delivered the incredible news to his family.

Adilang recalls being close to desperation ever so often, and that he cried many times thinking of a brutal, lonely death at sea.

Fortunately, his journey adrift turned into an experience to remember an entire lifetime.

Adilang is now safe and sound, and has been reunited with his family at their secluded home village off the northeastern Indonesian coast.

He is in good health and in the future is expecting someone to make a movie based on his adventure at sea.

Do you think you would have made it out alive if your life hung in the balance on a tiny vessel at sea?