The 5 key developments after Paris including US and Obama 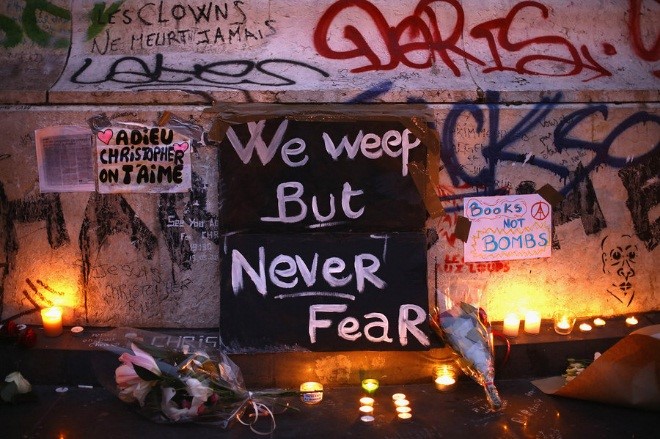 The attacks that shook the French capital on Friday were answered with a wide variety of reactions ranging from a devastating attack by the French on ISIS base in Syria to President Obama declaring ISIS: “the face of evil”

Among all of these developments, five are key: The French President will propose on Monday extending his country’s current state of emergency for three more months.

In order for this to be possible, he will need the Parliament’s approval. In the wake of the horrific attacks on French soil, Hollande declared full out war against ISIS and to prove he means business, he ordered airstrikes on ISIS bases in Raqqa, Syria. The 26 years old Belgian national, Salah Adbeslam, one of the key suspects in the Paris attacks, was stopped at the Belgium-France border, questioned and released. He is one of the three brothers linked to the attacks.

According to NBC News, his name appears on the rental forms of the Belgian-registered black Volkswagen Polo that was found outside the concert hall where most of the 130 victims were gunned down.

Although he had an international warrant out for his immediate arrest, the information did not reach the border patrol in time.

The French police have made all relevant information available to the public and are asking for any help in capturing him. During his speech at the G20 international conference in Turkey, President Obama declared ISIS: “the face of evil”, but did not commit any troops to the efforts of eradicating this organization.

“What I do not do is take actions, either because it’s going to work politically or it’s going to somehow in the abstract make America look tough, or make me look tough,” the president said.

“We play into the ISIL narrative when we act as if they are a state and we use routine tactics used to fight a state that is not a state,” Obama said. “That’s not what is going on here. These are killers with fantasies of glory.”

He went on and said that the U.S. isn’t underestimating ISIS and when he said that they are “containing” the terrorist organization, he meant that ISIS will hold less territory in Syria and Iraq

Without missing a beat, Republican political pundits and of course, presidential candidates like Jeb Bush started to take shots at Obama. In the aftermath of the attacks on ISIS bases in Syria, the terrorist organization made it clear that any countries aiding France will suffer the same fate. The especially made an open threat against America’s capital Washington, D.C.

“We say to the states that take part in the crusader campaign that, by God, you will have a day, God willing, like France’s and by God, as we struck France in the center of its abode in Paris, then we swear that we will strike America at its center in Washington,” a man wearing fatigues and a turban said.

Despite this bold declaration, President Obama said that an ISIS attack on American soil, isn’t a credible threat. In light of the attacks in Paris, more and more states have declared that they will refuse Syrian refugees, for fear that they will be infiltrated by ISIS operatives.

The first states to take this decision were Michigan and Alabama, followed by Texas, Arkansas, Louisiana and Indiana

Michigan is a welcoming state and we are proud of our rich history of immigration,” Michigan Governor Rick Snyder said. “But our first priority is protecting the safety of our residents.”

Do you think ISIS will attack America? Share your thoughts in the comments section below.