The 5 topics Obama wants to discuss with Pope Francis

Everybody knows about the well mediatized meeting between Obama and Pope Francis taking place in Washington DC on September 23.

Since he’s got not much time to lose Obama has already planned what topics he wants to touch. On the press release on Thursday 17th of September, this very important topics were presented. We also found out that Obama is keen to continue his previous discussion with the Pope dated back in March 2014, at the Vatican.

This is the list of the 5 topics of conversation that Obama hopes to discuss with the Pope. They were chosen because this is what both of the parties preached so far in their careers. The Pope preached in his 2013 Evangelii Gaudium about the less fortunate people. He address the Christian people worldwide to help the poor. As we are all the children of God, we need to protect and help one another. He said that we need to help the poor people to integrate in the society.

The same speech had Obama back in 2007 in Washington, D.C. Our president addressed the current issues that our society is facing. He spoke of poverty as a disease. This disease is spreading, leaving many people unemployed which leads to violence. Obama touched a very sensitive subject saying that poverty also leads to broken homes as divorce rate is higher than ever and the school system is failing because of lack of money. The environment impacts us all, the rich and the poor, the regular and the famous people and we all need to pay attention to this matter.

Pope Francis discussed about the environment issue in his homily back in February on the 9th. He addressed all Christians regarding how the environment needs to be protected. The environment is something that God created especially for us, it is our home and we need to nurture and protect it.

Obama’s speeches about the climate change are well known. He addressed this topic in his 2015 State of Union. He says that the greatest challenge right now for us is the impending climate change. He based his speech on scientific facts, as researchers state that manmade activities are directly impacting the climate. What we do is the cause of the rapid climate change that has tremendous consequences.

Obama spoke of the oceans that are rising, the weather that will become hotter and also about draughts. There will be draughts like the one California is still going through. What worries him the most is that due to climate change, some places will be unbearable to live in which will lead to migrations, wars and starvation all over the world. Pope Francis is a firm believer that everybody needs to be helped. He addressed this issue in 2013 because of what happened near Lampedusa.

A boat full of three hundred immigrants sank and most of them drowned. He spoke of them as the brothers and sisters that were fleeting from a very dangerous situation at home and were looking for a better future. Unfortunately tragedy stroke and they did not manage to reach their destination.

Obama’s speech in November 2014 spoke of how diverse is America. The Statue of Liberty does not turn her back to the world. She accepts everybody. He went way back in time stating that America is now what it is today because of the immigrants that populated this amazing country. They came here for a better future, it did not matter whether they were Irish, Germans, Asians or Italians because generations of immigrants made the America today. Pope Francis supports the religious freedom. At the conference about the “International Religious Liberty and the Global Clash of Values” back in 2014 he addressed clearly this issue.  He spoke of religious rights as the freedom to live. We are all entitled to our private and public religious views.

We need to stand by religious communities especially to support religious minorities because they are the first ones to suffer judgement. In his 2013 Evangelii Gaudium, the Pope also discussed about our current society and economy. He compared the six amendment “thou shall not kill” that clearly states that murder is not permitted, with today’s economy.

Today our economy does not sustain everybody and discriminates certain people directly. Pope Francis addressed that fact that there should also be a “thou shall not” have an economy of inequality and prohibition.

Obama address the economic situation of America back in a 2014 speech about poverty. He was concerned that the current economy is beneficial to a certain number of people and he wants to work as hard as he can to ensure that the economy will work for every one of us. Nobody will be discriminated or left out. He wants to create more jobs with better salary. To grant everybody the access to education and health care was one of Obama’s wishes. 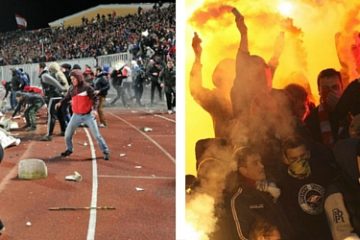