Venezuela’s collapse started years ago, but it has only been cemented a few months back. It all started with food shortages; then the country officially declared that it has no more money to print new money, and it all went downhill from there.

Although it is the country with the largest oil reserves in the world, the corruption and the semi-totalitarian way of running the state led to an economic collapse. It was only a matter of time until people got on the streets out of desperation.

According to IMF, by the end of 2016, the inflation in Venezuela will rise to 481 percent, reaching a disastrous 1642 percent increase during 2017. As the recession deepens, the diseases are growing throughout the country, both metaphorically and literally.

In such context, it did not take very long for crime to set in as a typical survival reaction: last Wednesday, 5000 people who were waiting in line at a supermarket stormed over the entrance and looted all the milk, flour, milk powder, oil, and pasta they could find, leaving behind 2 deaths and many injured. National Guard Officers, who were severely outnumbered, could not control the situation, as the hunger-driven citizens were stamping on each other, screaming “We are hungry!”. Mugging has become a common activity, leading to even more chaos – Roberto Fuentes Bernal, 42, who has been seen stealing from people in the streets multiple times, has been beaten up and set on fire. The lawless crowd took the situation in their own hands.

Although it looks like a scenario took out of the beginnings of modern history, terror, desperation and hunger are the states that run the country. In Puerto Cabello, residents have broken down the gate of a corn warehouse because the portions given away were too small.

“There’s no rice, no pasta, no flour, only hunger” resident Glerimar Yohan affirmed.

People continued to loot food dispensaries led by government and started hunting birds, dogs, and cats, in search for resources for themselves and their families. And not only supermarkets are targeted – several pharmacies were invaded as well by people who were in critical need of medical supplies.

Food is just the tip of the iceberg that means the problems Venezuela confronts – a few weeks back the officials declared that the working days will be restricted to two, due to the scarce resources of energy. People are now constrained to use candles or other means of lighting. Meanwhile, the power outage caused difficulties in the health system – hospital equipment can no longer be used, leading to numerous infant deaths and not only. A lack of necessary supplies has set in, too. There is no longer water, gloves, soap or antibiotics, unless on the black market. Entering a medical center can be fatal as the diseases spread uncontrollably. There are patients lying on the floor in their own blood, due to a scarceness of open beds. The blood on the surgery tables could not be washed because there is no water. There is a severe undersupply for paper, as well – Dr. Diaz had to write the medical data of a patient on the back of a bank statement thrown in the garbage.

As apocalyptic as it may seem, this is the reality Venezuelans wake up to every day, if they get any sleep at all. The brutal truth is that this is only the beginning – May has officially been declared as “the month when hunger began in Venezuela”, meaning that there is still a long way to go until clearer tides.

Despite the probable attempts of Nicolas Maduro, who will be most likely forcing his people to endure more of the current situation, the distress and pressure are already too big on people’s shoulders.

Being given the circumstances, it is possible that a general flee will occur, especially in Carribean Islands or Colombia, marking the end of a horrific regime. 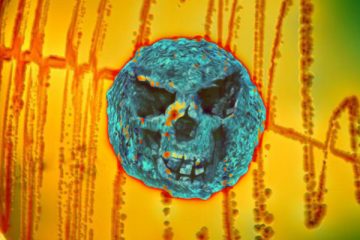