What you need to know about an EMP

EMP stands for Electromagnetic pulse and basically it is a short burst of electromagnetic energy. This can be natural (severe storms, lightning) or man-made.

EMP interferes with our electronic equipment, and depending on its intensity it can even damage buildings and airships. In the United States, it all first started with the first nuclear test on 16th of July 1945, however the full effects of this were not comprehended due to the fact that the equipment was shielded, and in some cases double shielded.

In 1952-1953, the British tested this themselves and reported equipment failure due to the burst of electromagnetic pulse.

In July 1962, America tried the high altitude nuclear EMP, called the Starfish Prime test. This time it was a 1.44 megaton nuclear test, 250 miles above the Pacific. The result of this experiment caused electrical damage in Hawaii, about 898 miles away for the detonation point, which destroyed 300 streetlights and triggered many burglar alarms. It affected the electric grid and it also resulted in telephone outages and radio blackouts.

Also in that year, 1962, The Soviet Union performed their very own three NEMP testing. The weapons were smaller than what was used with the Starfish Prime test. They chose to detonate over a populated area. The magnetic field was far greater than above the Pacific, therefore the damage resulted in the test had more impact as well. It resulted in a current surge in an underground power line which led to a fire in a power plant in Karaganda.

What can an EMP attack do today?

Since the first tests, back in 1945s, the world has changed a lot. We depend more on technology and we cannot imagine our current lives without it. From life sustainability, communication, agriculture, we all depend on technology. The more vulnerable U.S is against such an attack, the more likely it can be used against us.

Since then, U.S.A had the EMP Commission, established in 2001, and has been charged with taking the necessary steps to protect the military and civilians against an EMP attack.

Back then Russia was to be feared. Now the concerns come from North Korea and Iran.

North Korea launched many EMP missiles in 2014 and U.S Intelligence officials indicate that Iran can be testing NEMP as well.

Dr. William Graham who served as Chair on the Commissions to Assess the Threat to the United States from Electromagnetic Pulse Attack, says that an attack today although unlikely, it can be devastating.

An attack has the potential to take out the U.S power grid, destroy electric networks and create an existential crisis. He states that if a power grid goes out in one area, there is the potential of functional collapse of grids, like dominoes, because electrical effects propagate from one region to another. It can create a black out for months, potential years which will have a huge impact on our lives.

The effects of Electromagnetic Pulses

The International Electrotehnical Commission define 3 components in and EMP that have different effects:

The worst part of an EMP attack is that we would not feel it at all. I could be reading a book right now, and the phone in my pocket can get fried instantly and I would not know. It passes through us unnoticed. Once our communication methods are out, we would have no idea of the potential threats. This is what an EMP attack is, a silent strike with potential for great harm.

Infrastructure is always targeted in times of war, it has effects on the military, civilians as well as political pressure.

We are creating our own EMP weapons This year it was confirmed that U.S Air Force and Boeing are attempting to make an electromagnetic pulse weapon capable of targeting and destroying electrical systems. The project is called CHAMP, short from Counter-electronics High-powered Microwave Advanced Missile Project, and has been in the works for a few years now. Its purpose is to target electronics with pinpoint accuracy.

The difference between CHAMP and a nuclear EMP attack is that CHAMP focuses mainly on targeting essential targets, like individual buildings and can fire more than once. An EMP attack fires once and can black out an entire nation.

In a test fire in 2012 in Utah, a single CHAMP was reported to black out seven separate targets in a row, in one mission. It was a success and now 5 more CHAMP weapons are being made.

Although an EMP attack is not that likely, natural solar EMPs can still occur. If you want to put your mind at ease as how you can protect your electronics, I have written in the past how to build your own Faraday Cage, click here if you want to read it.

Do you think we will be targeted in the future with an EMP attack? Share your thoughts in the comment section bellow. 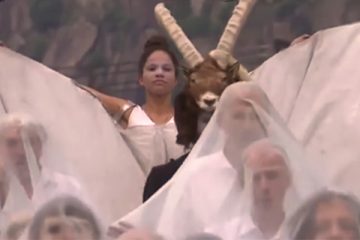