Barack Obama has refused to send any suspected terrorists captured overseas to the detention center at Guantanamo Bay. But if the U.S starts seizing more and more militants in expanded military operations, where are they going to be taken, and who will hold them?

Those are questions that worry legal experts, lawmakers and others as U.S. special operations forces deploy in larger numbers to Iraq, Syria and who knows, maybe even Libya, with the Islamic State group and affiliated organizations in their sights.

Along Obama’s presidency, suspects have been killed in raids, captured and interrogated, sometimes even aboard Navy Ships. After that, they are either prosecuted in U.S. courts or handed over to other nations.

This policy has been enough, at least for now.

“If you’re going to be doing counter-terrorism operations that bring in detainees, you have to think through what you are going to do with them. If the U.S. is going to conduct large-scale combat operations or large-scale special ops and bring in more detainees, it needs a different solution.” said Phillip Carter, former deputy assistant defense secretary for detainee policy.

Associate law professor Rebecca Ingber who follows the issue, warns that if the U.S. engaged in a full ground war in Syria, “chances are there will need to be detention facilities of some kind in the vicinity.”

Obama has not sent a single suspected terrorist to the U.S. military prison at Guantanamo Bay, Cuba, where many have been detained for years without being charged or tried.

He is going to report to Congress this month on how he wants to close Guantanamo and even transfer some of the remaining detainees to the United States.

Kelly Ayotte believes that the absence of a long-term detention and interrogation facility for foreign terrorist suspects represents a “major shortcoming in U.S. national security policy.”

Republican candidates who want to succeed Obama are telling the voters that they would keep Guantanamo open.

Law enforcement is about gathering evidence to take someone to trial, and convict them. Anti-terrorism is about finding out information to prevent a future attack so the same tactics do not apply. But, here’s the bigger problem with all this: We’re not interrogating anybody right now.” said Florida Sen. Marco Rubio.

However, Frazier Thompson, director of the High-Value Detainee Interrogation Group said that this is not true.

Ever since it was established back in 2009, that team has been deployed 34 times, Thompson said. Moreover, he also added that other government agencies conduct independent interrogations as well.

“We are designed to deploy on the highest-value terrorist. We are not going out to interrogate everybody.” he said

Thompson would not give more details of the cases his team has worked on or speculate on whether he expects more interrogation requests as the battle against IS heats up.

“If there is a surge, I’m ready to go. If there’s not, I’m still ready to go,” Thompson said

The United States has deployed about 200 new special operations forces to Iraq and they are preparing to work with the Iraqis to begin going after IS fighters and commanders, “killing or capturing them wherever we find them, along with other key targets,” Defense Secretary Ash Carter said.

Ali Soufan, a former FBI agent who investigated and supervised international terrorism cases, said that sending suspected terrorists through the American criminal justice system truly works. He said that courts are more effective than military commissions used at Guantanamo that have been slow in trying detainees who violate the laws of war.

“The current practice of investigating and prosecuting terror suspects has proved incredibly effective. During that same time period, hundreds of terrorists have been convicted in federal courts and almost all are still in jail.” Soufan said, noting that since the Sept. 11 attacks in 2001, only seven people have been tried and convicted under military commissions.

However, it is difficult to evaluate the effectiveness of the system.

The Justice Department won’t provide neither the number of foreign terrorist suspects who have been prosecuted nor the number handed over to other countries and their status.

“The government needs to be more transparent to the American people — and to the world — about who it is transferring overseas, and what procedures are in place to make sure we are not transferring individuals into situations where human rights will be abused.” he said

What is going to happen next, nobody can say for sure. However, things are going to slowly reveal themselves sooner or later.

What do you think about Obama’s actions in this matter? Share your thoughts in the comments section below. 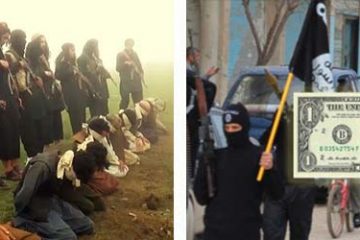